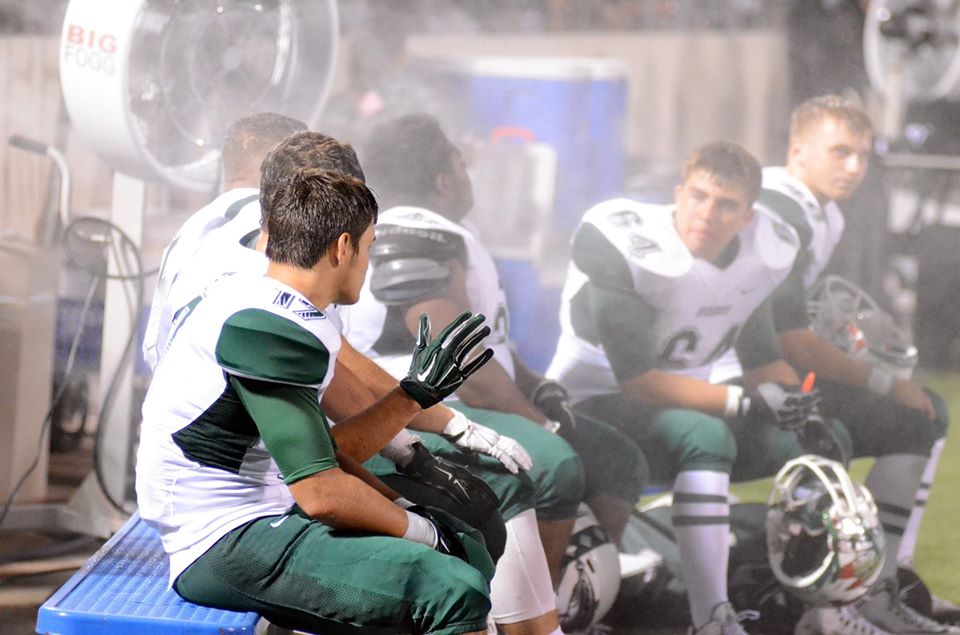 BIG FOGG (https://bigfogg.com) is excited to announce that it was chosen as the premier provider of specialized equipment for both teams for the AFC Championship Game scheduled for Sunday, January 24, 2016 between the Denver Broncos and the New England Patriots to be held in Denver, CO. This is the 8th year in a row that Big Fogg has been the premier provider of equipment for the AFC Championship Football game!

Big Fogg (https://bigfogg.com) provides the New England Patriots and Denver Broncos (http://www.denverbroncos.com/news-and-blogs/index.html) with Radiant Heaters or Big Fogg Heating Benches (https://bigfogg.com/dragon-heat-solar-seat.html) at the AFC Championship Games. The benches are in high demand at the football games because they heat the bench to approx. 70 degrees when the outside air temperature averages 20 degrees so the player’s muscles are able to stay warmer and more flexible which can help to reduce injury and provide additional comfort. The benches also provide a heated foot deck to keep player’s feet warm. Other professional football teams that have utilized Big Fogg’s heating benches include: the Seattle Seahawks, the Philadelphia Eagles, the Chicago Bears, the Pittsburgh Steelers and the New York Giants in addition to college football teams, like the UCLA Bruins.

Big Fogg will also be providing a forced air, infrared torpedo heater (https://bigfogg.com/product377.html) to keep both the Broncos and the Patriot’s player’s feet dry, warm, and comfortable, so they can keep their focus on the game during the AFC Championship! The heater blows warm air using a radiant and convection heat system that is also great for construction sites, factory floors, outdoor projects, and for quickly drying adhesives.

In regards to the upcoming AFC Championship game on Sunday in Denver, CO, President and CEO of Big Fogg, Christopher Miehl, said “It is a privilege for Big Fogg, and well as myself to be on the sideline at the AFC Championship game and be present for the 17th meeting between Brady and Manning. Big Fogg will be keeping the players warming as we enjoy a wonderful contest.”

For 2015 through 2016, Big Fogg was contracted to provide its high-tech, specialized equipment to the following events: