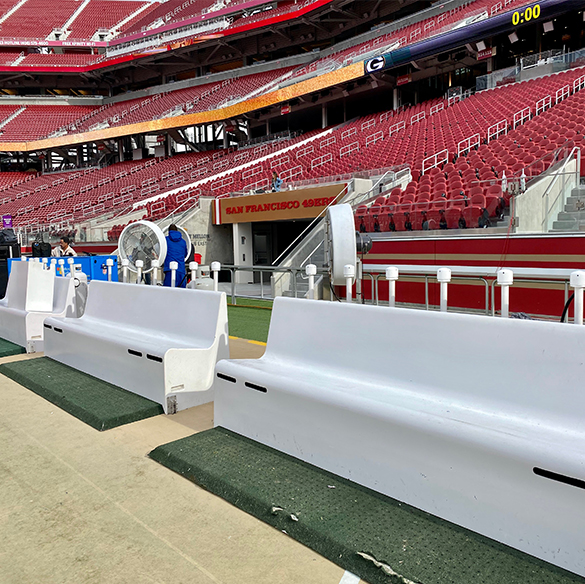 This equipment will make the football players for the Chicago Bears and the Green Bay Packers more comfortable and be better protected from the cold weather during the game.

Among the other developments related to the game of football, technology leader Intel is collaborating with industry experts and several universities to tackle the issue of football-related head injuries.

Big Fogg Heating Benches have patented Helmet Holders on them that warm helmets, gloves or hats. This capability may help prevent concussions, as warmed helmets are less likely to freeze during the game.

Next weekend, Big Fogg will be in Honolulu setting up Misting Fans for both the NFC and AFC All-Stars. Big Fogg Misting Fans have been on the sidelines of every Pro Bowl game since 1999, says the company.

Last Sunday, Big Fogg set up its heating benches for both the Chicago Bears and the Seattle Seahawks.

Christopher Miehl, president of Big Fogg, who worked on the sideline, stated, “The weather was very cold and on both sidelines you could see the buildup of snow on the tables and the ground, but not on the heating benches.”

The announcement was made Friday, Jan. 21.