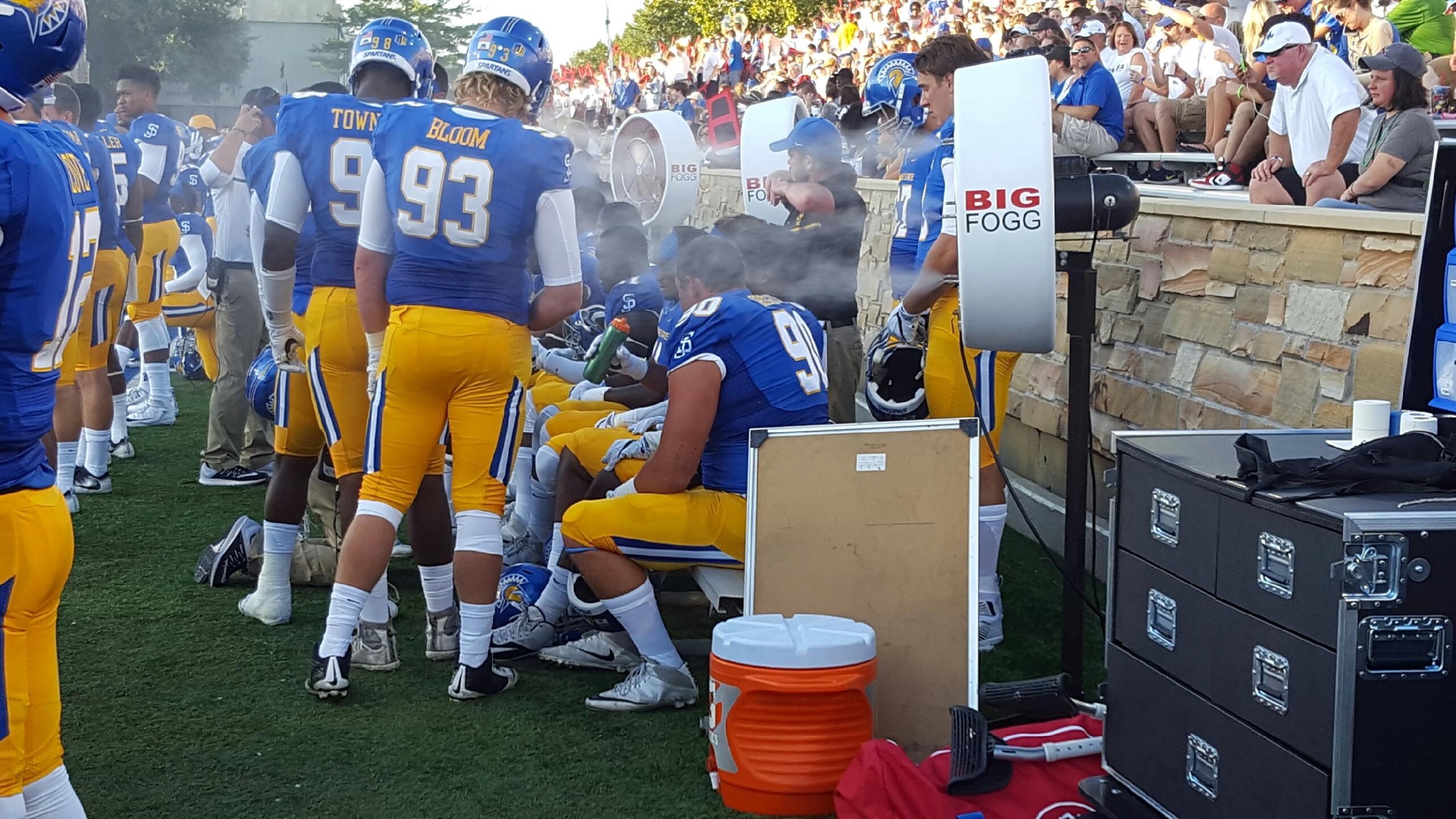 Big Fogg is Chosen by the NFL to Provide Sideline Heating Benches and Torpedo Heaters at Super Bowl LI on Feb. 5, 2017

Big Fogg, Inc. has once again been selected by the National Football League (NFL) to provide sideline heating benches and torpedo heaters at the Super Bowl LI which will be shown on FOX TV Station at 6:30 PM EST on Sunday, February 5, 2017. The Super Bowl will be played in Houston, TX, and will feature the New England Patriots versus the Atlanta Falcons.

“Big Fogg is honored to be commissioned by the National Football League to provide its Sideline Cooling & Misting and Heating Systems for the 12th time.“

Big Fogg has provided heating and misting systems for over 150 games in the last year. Big Fogg’s sideline heating and cooling systems was also used during many college bowl games as well as in the NFL playoffs. This will be the 12th time that Big Fogg has worked a Super Bowl football game. Christopher Miehl, President of Big Fogg, has attended all the Super Bowls that Big Fogg has been contracted for. Mr. Miehl says, “Big Fogg is honored to be commissioned by the National Football League to provide its Sideline Cooling & Misting and Heating Systems for the 12th time.

This should be a classic contest between two great offensive teams. I predict it will be a closely fought game with the last team to control the ball winning. I am so excited to be in attendance.”

12 Super Bowl Football Games that Big Fogg has been Contracted to provide equipment for:

Big Fogg, for the 20th consecutive season, is working the Pro Bowl in Orlando this year. It has returned to its original format of the American Football Conference (AFC) versus the National Football Conference (NFC). Phillip Rivers who has been named the quarterback for the AFC team will be playing his last game in a San Diego Chargers uniform after 13 years.

Big Fogg also provided its heating benches for the football game featuring the Green Bay Packers against the New York Giants on Sunday, Jan. 8, 2017. In addition, the Kansas City Chiefs chose Big Fogg to provide heating benches during the 2016 NFL season and into the Divisional Playoff game on Jan. 15th against the Pittsburgh Steelers at Arrowhead Stadium in Kansas City, Missouri.

The NFL commissioned the Big Fogg heating benches that were utilized during the professional football games.

Big Fogg has a reputation for being the premium supplier of sports misting, cooling, and heating products. We have  supplied our outdoor cooling and heating equipment for many sporting events, leagues and for teams, including the X-Games Special Olympics Major League All Star Game, NHL, World Cup Soccer, I-Heart Concert (Vegas) PGA, Lucas Oil Event, Motor Sports, and US Tennis Championship. Big Fogg also provides its equipment for corporate picnics, charity events, festivals, fairs, and concerts. Big Fogg was at Coachella for a three-day concert in the desert where the temperature exceeded 115 degrees.

Big Fogg has been designing, building and installing its Misting Systems since its inception in 1999. Big Fogg specializes in providing outdoor cooling and heating systems in restaurants, residences, resorts, hotels, including cruise lines. In 2011, Big Fogg was honored to receive the Business of the Year award from both the cities of Temecula and Murrieta, CA. The industrial cooling/misting market has recently been in high demand for Big Fogg’s products in services especially as it relates to: odor control, dust suppression, humidification, transformer cooling, and factory cooling needs. For example, the company was asked to provide misting systems at Ground Zero which helped cleanup and reconstruction efforts after 9/11.