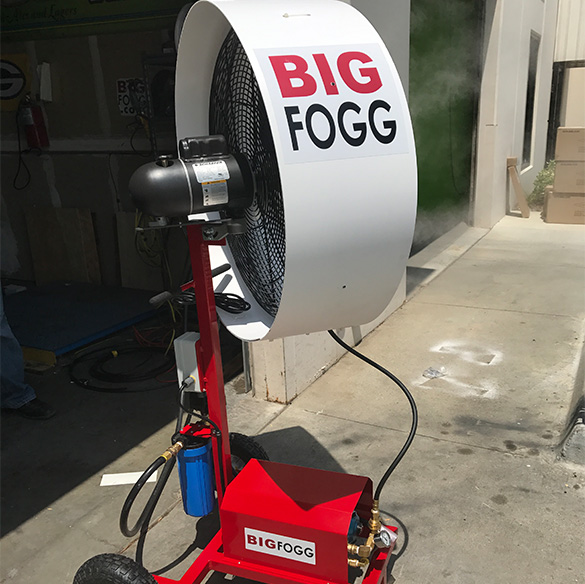 After heating up the sidelines for the Chicago Bears and Green Bay Packers at the NFC Championship game, Big Fogg, manufacturer of humidifiers for woodworking plants, will provide sideline misting systems at the NFL Pro Bowl game this weekend in Hawaii.

Big Fogg will be in Honolulu cooling down some of the hottest players in the league with its misting fans. According to the company, these systems have been a part of every Pro Bowl since 1999 and consist of multiple fans that produce ultra-fine mists that keep athletes cool in hot conditions without getting them wet.

While not exactly the infamous Lambeau Field Ice Bowl, the temperature in Chicago at last weekends NFC Championship game was frigid enough giving players the opportunity to take advantage of a few features of Big Fogg’s heating bench, including a pull-out floor on which players can stand and still keep warm and helmet holders that warm helmets, gloves, and hats. >>