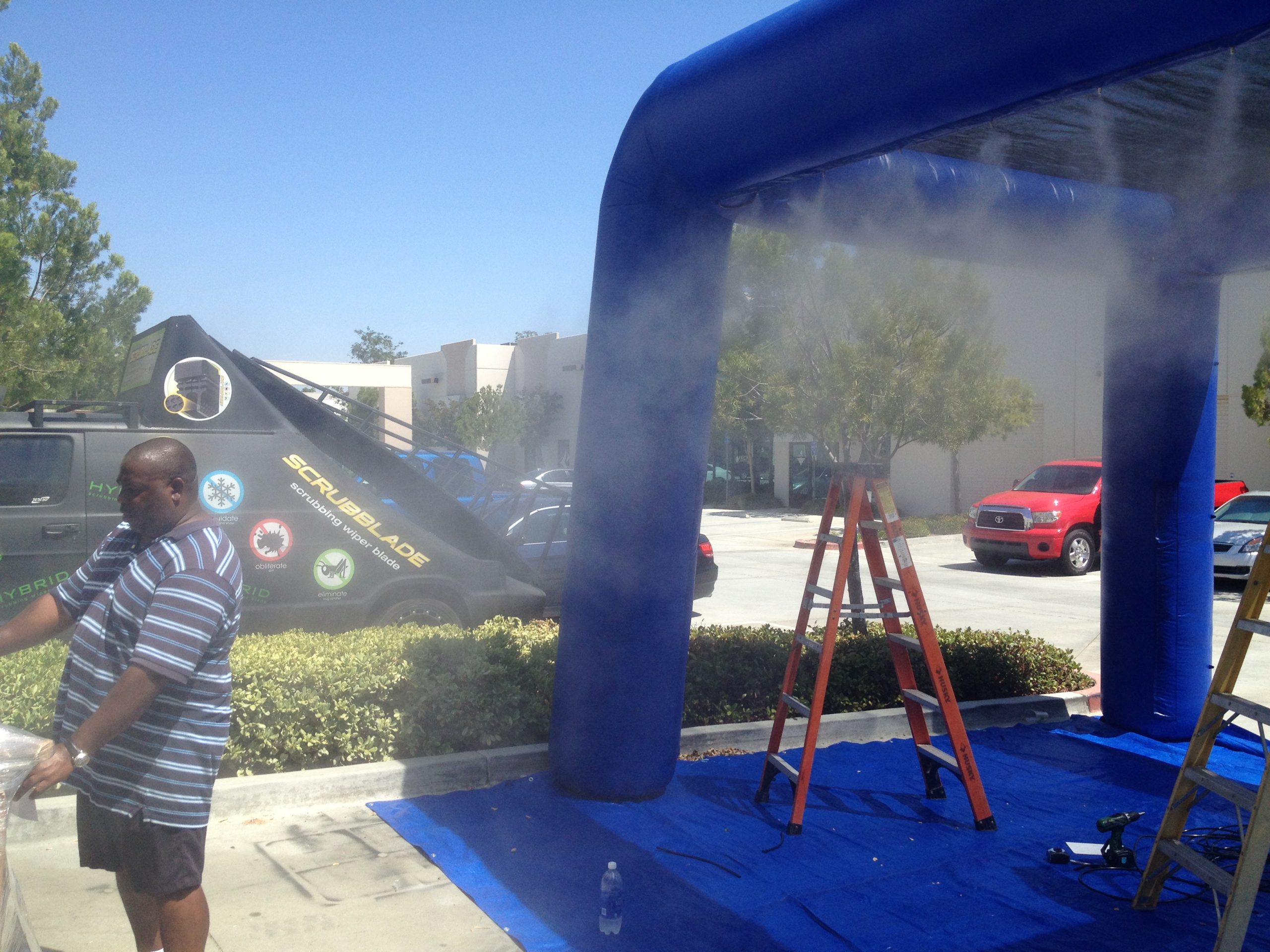 BIG FOGG is in the news recently. It was selected by Major League Baseball to provide four of its High-Pressure Misting Inflatable Systems to for its annual All Star Game held in Los Angeles.  Big Fogg will be providing its misting equipment at the celebration of the the track and field career of Allison Felix in Los Angeles. Big Fogg’s Misting Fans will be used for the 11th time at the US Tennis Open in Flushing, New York.

Big Fogg installed its misting inflatables at the following events during the MLB All Star Game Celebration starting on July 7th end ending on July 13th . The temperatures were very high there, but Big Fogg’s equipment provided a lot of heat relief. The responses that Big Fogg received for its misting inflatables were very positive and numerous, and and several people said ist equipment was just ‘wonderful”.

Locations of the Inflatable Misting Systems:

One at the Chick Hearn & Georgia

One at the Gilbert Lindsay Plaza

For the 11th year

Big Fogg set up twelve of its Big Fogg High-Pressure Satellite Misting Systems at Arthur Ashe Kid’s Day at the US Open from August 22nd through Saturday evening on August 27.. This is the 11th time that Big Fogg is helping to cool patrons at the US Tennis Open in Flushing, New York.

Other News about Big Fogg.
Big Fogg had a record year in 2021 providing heating benches and sideline heating systems along with cooling misting fans at over 250 NFL and NCAA football games. Since it was founded, Big Fogg has set up its sideline cooling and heating systems at twelve (12) Super Bowl games, (10) AFC or NFC Championship Games and (20) Pro Bowls in both Hawaii and Florida.

For more information on Big Fogg Misting Systems, please contact Big Fogg at its California headquarters at calling 951-587-2460 or in Austin, TX at 512-568-1705. Its website is www.bigfogg.com.

Big Fogg provides misting fans and heating benches that keep players comfortable year-round. Join the winning team for your next misting rental or purchase. “At business, home or event, we cool you down without getting you wet!”